Why use us to send Gifts to Parabhani

No. of gifts delivered in Parabhani - 13
Delivery Options for Parabhani 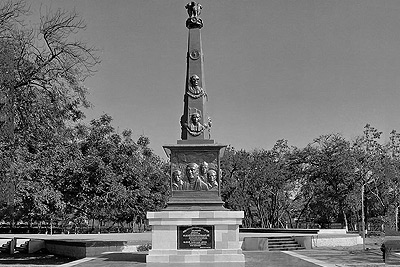 Along with the entire Marathwada region, Parbhani was a part of the erstwhile Nizam State; later a part of Hyderabad State; after reorganization of states in 1956 it became a part of the then-Bombay state; since 1960, it has been part of the present Maharashtra state.

Parbhani is home to Vasantrao Naik Marathwada Agricultural University, which is one of only four agriculture universities in Maharashtra. Moreover, Parbhani also has an annual festival at Hazrat Turabul Haq Dargah, which attracts lakhs of tourists each year.