Why use us to send Gifts to Old Goa

No. of gifts delivered in Old Goa - 2
Delivery Options for Old Goa 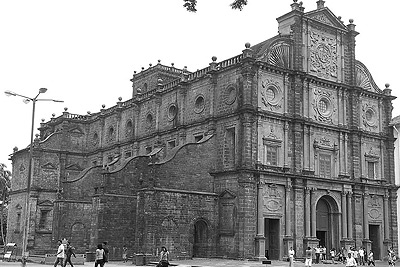 Old Goa, also called Velha Goa, is beside the Mandovi River in the western Indian state of Goa. The former capital of Portuguese India, it's known for colonial-era monuments like the Basilica of Bom Jesus, with the remains of St. Francis Xavier, and the domed Church of St. Cajetan, inspired by St. Peter’s in Rome. Nearby, the vast Se Cathedral, built in the 16th–17th centuries, has ornate chapels and a bell tower.
Source :Google