Why use us to send Gifts to Navelim

No. of gifts delivered in Navelim - 13
Delivery Options for Navelim 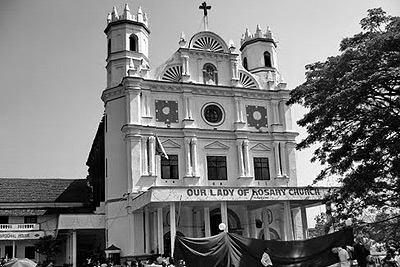 Navelim is a town and suburb of the city of Margao located in the Salcete sub-district of South Goa district, Goa, India.

Navelim's church was first built by the Jesuits in the 1590s; the present, Portuguese-style whitewashed structure was constructed later on when the older building became too small. The reconstruction was apparently financed by a local merchant "Barreto" who was saved from bankruptcy through the intercession of Our Lady of the Rosary.