Why use us to send Gifts to Nabadwip

No. of gifts delivered in West Bengal - 17561
Delivery Options for 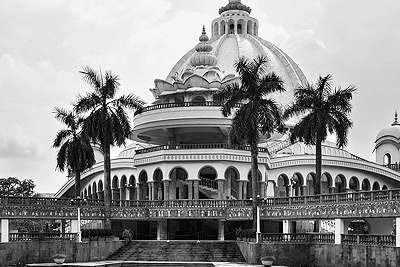 Nabadwip is a city under Municipal administration in the Nadia District in West Bengal, (India). It is seated on the western bank of the Bhagirathi river. The Bhagirathi river originally flowed down the west of Nabadwip in the past, forming a natural boundary between the districts of Bardhaman and Nadia. With time it has shifted its course to where it is at present, cutting the city off from the rest of the Nadia district. It is considered to have been founded in 1063 AD, which served as the old capital of the Sena dynasty. It was a center of learning and philosophy in medieval India and is still noted for its traditional Sanskrit schools. The Navya Nyaya school of logic reached its peak with the efforts of some well known contemporary philosophers of Nabadwip. The great Vaishnava saint, social reformer and an important figure of the Bhakti movement, Chaitanya Mahaprabhu (1486–1533) was born here, for whose sake, this place has turned into an important center of pilgrimage for the Vaishnavs worldwide as well as the Hindus in general. Many devotees who adhere to the Gaudiya Vaishnavism come to Nabadwip for pilgrimage on the auspicious occasion of the Birthday celebration of Shri Mahaprabhu on the Phalguni Purnima (i.e. on the Full moon day of the March every year), and for various festivals in relation to Leelas of Shri Mahaprabhu like Sri Nabadwip-mandala Parikrama and other festivities like Dol yatra, Ras purnima Gaura-purnima.
Source :Wikipedia