Why use us to send Gifts to Lakshadweep

No. of gifts delivered in Lakshadweep - 0
Delivery Options for 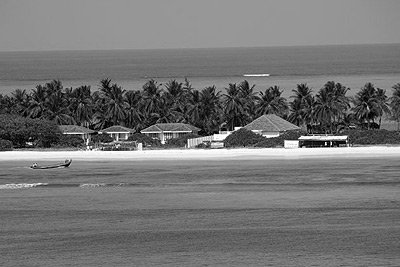 Lakshadweep, formerly known as the Laccadive, Minicoy, and Aminidivi Islands is a group of islands in the Laccadive Sea, 200 to 440 km (120 to 270 mi) off the southwestern coast of India. The archipelago is a Union Territory and is governed by the Union Government of India. They were also known as Laccadive Islands, although geographically this is only the name of the central subgroup of the group. Lakshadweep means "one hundred thousand islands" in Sanskrit and Malayalam. The islands form the smallest Union Territory of India and their total surface area is just 32 km2 (12 sq mi). The lagoon area covers about 4,200 km2 (1,600 sq mi), the territorial waters area 20,000 km2 (7,700 sq mi) and the exclusive economic zone area 400,000 km2 (150,000 sq mi). The region forms a single Indian district with 10 subdivisions. Kavaratti serves as the capital of the Union Territory and the region comes under the jurisdiction of Kerala High Court. The islands are the northernmost of the Lakshadweep-Maldives-Chagos group of islands, which are the tops of a vast undersea mountain range, the Chagos-Laccadive Ridge.