Why use us to send Gifts to Kullu

No. of gifts delivered in Kullu - 21
Delivery Options for Kullu 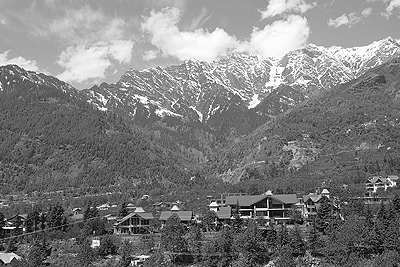 Kullu or Kulu is the capital town of the Kullu district in the Indian state of Himachal Pradesh. It is located on the banks of the Beas River in the Kullu Valley about 10 kilometres (6.2 mi) north of the airport at Bhuntar. Kullu Valley is a broad open valley formed by the Beas River between Manali and Largi. This valley is known for its temples and its hills covered with pine and deodar forest and sprawling apple orchards. The course of the Beas river presents a succession of magnificent, clad with forests of deodar, towering above trees of pine on the lower rocky ridges. Kullu valley is sandwiched between the Pir Panjal, Lower Himalayan and Great Himalayan Ranges.
Source : Wikipedia

These PIN Codes are those where we can arrange delivery of Gifts to Kullu .
"HD" represents "Hand Delivery". For these PIN codes, delivery will be done by hand on the date you choose.
"CD" refers to "Courier Delivery". For these PIN codes, the gifts will be shipped through our shipping partners & will be delivered during the range of dates selected by you.