Why use us to send Gifts to Kharsawan 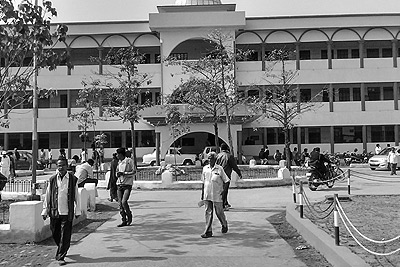 Kharsawan (also spelt as Kharsuan) was founded around 1650. It was one of the Oriya Princely states of India during the period of the British Raj, and its last ruler signed the accession to India after India gained independence. In 1911 it was one of two states of the Chota Nagpur Division. It is now a part of Jharkhand state and one of its districts is named Seraikela Kharsawan district. Kumar Aditya Narayan Singh Deo and his father Maharaj Kumar Rudra Pratap Singh Deo appreciated the name change of the district.
The Maharaja of Darbhanga used to visit this state to pay respects as the trade route to the east coast ran through the thick jungles of Singhbhum and safety was guaranteed only to those who were in the good books.
Source : Wikipedia