Why use us to send Gifts to Kalady

No. of gifts delivered in Kalady - 12
Delivery Options for Kalady 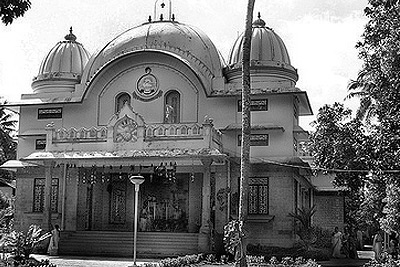 Kalady or Kaladi is a census town located in Angamaly east of the Periyar river, it is also a village in Aluva Taluk, Ernakulam district of Kerala, India, not far from Cochin International Airport. It is notable as the birthplace of 8th century Indian philosopher and theologian Adi Shankara and is a popular destination for Hindu pilgrims.

Kalady came to prominence only after its rediscovery in the late 19th century by the then Shankaracharya of Sringeri and the subsequent consecration of an Adi Shankara temple in 1910. The centenary of Kalady was celebrated in May 2010, and the story of its re-discovery a hundred years ago has been documented in a film by the Sringeri Sharada Peetham.