Why use us to send Gifts to Jagadhri

No. of gifts delivered in Jagadhri - 25
Delivery Options for Jagadhri 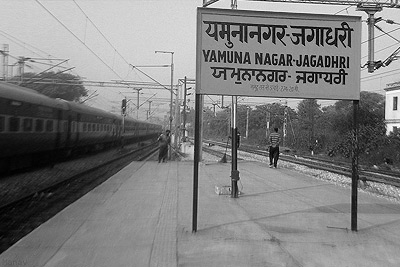 Jagadhri is a city and a municipal council in the Yamunanagar district of the Indian state of Haryana. This town lies adjacent to the city of Yamunanagar. The demarcation line between the two is difficult to discern. Jagadhri is around 100 km away from Chandigarh, the capital city of Haryana state.
Jagadhri, corrupted form of its old name Yugandhari, was named after the king of the Yugandharas. Yugandharas find mention in Mahabharata as well as Buddhist texts as region with warriors or mountains. Yugandhara likely was used for a region inhabited by a tribe of that name and it comprised some mountainous tracts also which were given the same name.
Source :Wikipedia