Why use us to send Gifts to Hemis

No. of gifts delivered in Hemis - 11
Delivery Options for Hemis 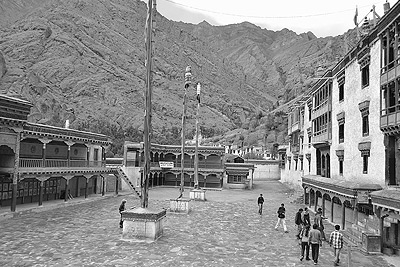 Hemis, also spelled Hamis, is a village in the Leh district of Jammu and Kashmir, India. It is located in the Leh tehsil, 40 km southeast of the Leh town, in Ladakh. Hemis is well known for the Hemis monastery that was established in 1672 AD by king Senge Nampar Gyalva. The village hosts a colorful festival held in July. It is close to the Hemis National Park, an area that is home to the endangered snow leopard. The national park was created in 1981.
Source :Wikipedia

These PIN Codes are those where we can arrange delivery of Gifts to Hemis .
"HD" represents "Hand Delivery". For these PIN codes, delivery will be done by hand on the date you choose.
"CD" refers to "Courier Delivery". For these PIN codes, the gifts will be shipped through our shipping partners & will be delivered during the range of dates selected by you.