Why use us to send Gifts to Hajipur

No. of gifts delivered in Hajipur - 7
Delivery Options for Hajipur 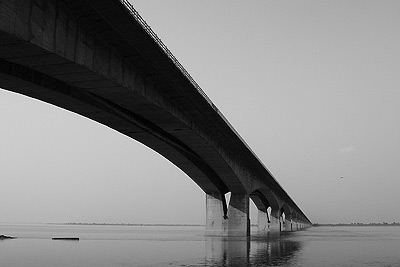 The city is known for producing bananas. Patna, the capital of Bihar is only 10 km (6.2 mi) from Hajipur. The metropolis of Patna comprises PRDA area, includes Hajipur. Mahatma Gandhi Setu, one of the longest bridges in the world at 5.75 kilometres (3.57 mi), links it to Patna. After Patna, it is the fastest-developing city in Bihar, primarily because of its close proximity to Patna (just 10 km). There have been plans to expand Patna to Greater Patna, by absorbing Hajipur and other surrounding towns into it.