Why use us to send Gifts to Gulmarg 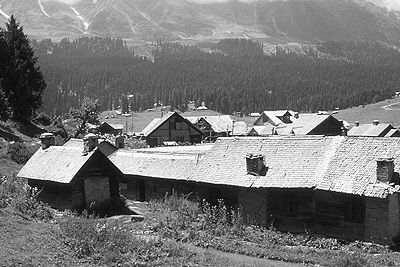 Originally called Gauri Marg meaning (the path of Devi Gauri) it was renamed to Gulmarg ("meadow of flowers") by Sultan Yusuf Shah of the Chak Dynasty who frequented the place with his queen Habba khatoon in the 16th century. Wild flowers of 21 different varieties were collected by the Mughal emperor Jahangir for his gardens in Gulmarg. In the 19th century, British civil servants started using Gulmarg as a retreat to escape summers in North Indian plains. Hunting and golfing were their favorite pastime and three golf courses were established in Gulmarg including one exclusively for women. One of the golf courses survives and at an altitude of 2,650 metres (8,690 ft) is the world's highest golf course. In 1927, British established a ski club in Gulmarg and two annual ski events were hosted one each during Christmas and Easter. Central Asian explorer Aurel Stein also visited Gulmarg during this period.
Source :Wikipedia