Why use us to send Gifts to Gonda

No. of gifts delivered in Gonda - 9
Delivery Options for Gonda 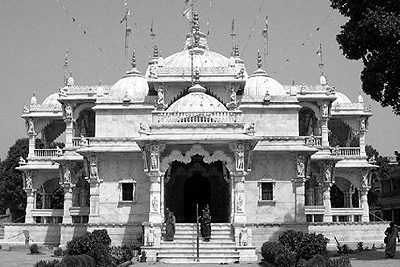 Gonda is a city and municipal board of Gonda district in the Indian state of Uttar Pradesh. It is situated 120 km north east of the state capital Lucknow. Gonda is divided into four tehsils named Gonda, Colonelganj, Tarabganj and Mankapur.

The name of this district comes from the Sanskrit-Hindi word goshala, meaning cowshed. The cowsheds of the royal lineage of Ayodhya viz. Ikshavaku (Raghukul) of the Solar dynasty were located here. The territory covered by the present district of Gonda is a part of the ancient Kosala Kingdom. After the departure to Saket Dham of Lord Rama, the celebrated sovereign of the Solar line who ruled Kosala, the kingdom was divided into two portions defined by the Ghaghara river. The northern portion was then ruled by his son, Lava, with the city of Sravasti as his capital.

These PIN Codes are those where we can arrange delivery of Gifts to Gonda .
"HD" represents "Hand Delivery". For these PIN codes, delivery will be done by hand on the date you choose.
"CD" refers to "Courier Delivery". For these PIN codes, the gifts will be shipped through our shipping partners & will be delivered during the range of dates selected by you.