Why use us to send Gifts to Gomia 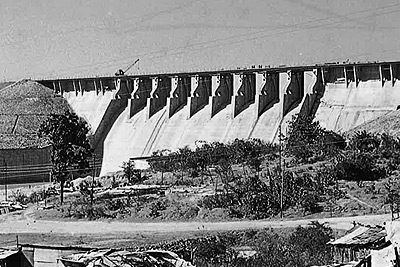 Gomia (also spelled as Gumia) is a census town in Gomia block in Bermo subdivision of Bokaro district in the Indian state of Jharkhand. The modern name is a transformation of Gumia over the years. Though, today, it is still listed as Gumia by the South Eastern Railway (India) (station code GMIA).
Gomia took shape around the year 1956, when the Imperial Chemical Industries (ICI as its popularly known as), set up a commercial explosives (IEL) factory there. It was developed together a residential colony to house the 3500 employees that would work in the factory. Since then, Gomia has been known as an example of diversity - with people of different nationalities, cultures and religious beliefs coming together to write a new chapter in the history of the then Hazaribagh district. Since the late 1950s, it has switched districts twice, first becoming a part of Giridih and then becoming a part of Bokaro district.
Source : Wikipedia

These PIN Codes are those where we can arrange delivery of Gifts to Gomia .
"HD" represents "Hand Delivery". For these PIN codes, delivery will be done by hand on the date you choose.
"CD" refers to "Courier Delivery". For these PIN codes, the gifts will be shipped through our shipping partners & will be delivered during the range of dates selected by you.