Why use us to send Gifts to Dimapur

No. of gifts delivered in Dimapur - 12
Delivery Options for Dimapur 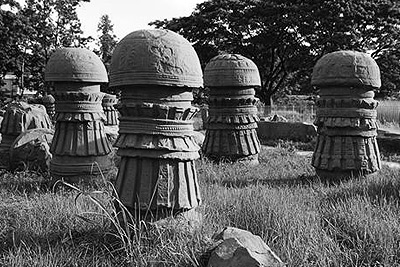 Dimapur is the largest city in Nagaland, India. Contrary to popular belief, the city's formation in Nagaland is separate from that of Assam. In the Middle Ages, it was the capital of the Dimasa Kachari Kingdom. In the heart of the town there is an old relic of the Kachari Kingdom which speaks about the once prosperous era. It is located at 25°54′45″N 93°44′30″E and is bounded by Kohima district on the south and east, the Karbi Anglong district of Assam on the west and stretch of Golaghat District of Assam, in the west and the north. The name Dimapur is derived from the Dimasa language; "Di" means "water", "ma" means "large" and "pur" (sanskritised word) means "city", translating to "Big-river-city", associated with the meaning of "Kachari" which is "people of the river valley" and after the river which flows through it (Dhansiri). It is also the gateway to Nagaland and its only railhead. The city also has the only functional airport in the state.

These PIN Codes are those where we can arrange delivery in Dimapur .
"HD" represents "Hand Delivery". For these PIN codes, delivery will be done by hand on the date you choose.
"CD" refers to "Courier Delivery". For these PIN codes, the gifts will be shipped through our shipping partners & will be delivered during the range of dates selected by you.