Why use us to send Gifts to Dibrugarh

No. of gifts delivered in Dibrugarh - 16
Delivery Options for Dibrugarh 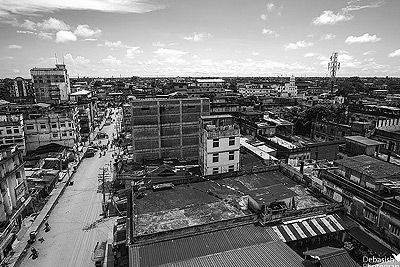 Dibrugarh is a city and is the headquarters of the Dibrugarh district in the state of Assam in India. Well known as the Tea City of India, Dibrugarh is considered to be a major city in eastern India in line with Guwahati and Bhubaneswar and is the emerging communication and industrial hub of North East India. Dibrugarh is also one of the two main cities in the state of Assam to receive urban development aid from the Asian Development Bank and is the nerve centre of industry, communication and healthcare of the upper Assam region. Dibrugarh is located 439 km (273 miles) east of Guwahati, the largest city of the Indian state of Assam. Dibrugarh is well connected to the rest of India by rail, road and air transport and thus serves as a gateway to eastern Assam and also parts of Arunachal Pradesh. Moreover, there has also been a consistent demand, particularly from the industrial sectors, for starting international flights from Dibrugarh to Bangkok and Singapore. Mega projects like Brahmaputra Cracker and Polymer Limited, India's longest rail cum road bridge Bogibeel bridge and other upcoming modern urban infrastructure are transforming Dibrugarh into a vibrant city. Of late, the city of Dibrugarh is emerging as a popular destination for business and leisure trips for tourists from India and abroad and the 9th edition of the North East Business Summit was held in the city with the theme "Building bridges with South East Asia", where representatives from South East Asian nations and business leaders of the country pledged to contribute substantially for the socio-economic growth of the North East.[9] Dibrugarh is also a centre of education and research and the Indian Space Research Organisation (ISRO) organized the 18th National Space Science Symposium in the city in January–February, 2014.