Why use us to send Gifts to Dewas

No. of gifts delivered in Dewas - 37
Delivery Options for Dewas 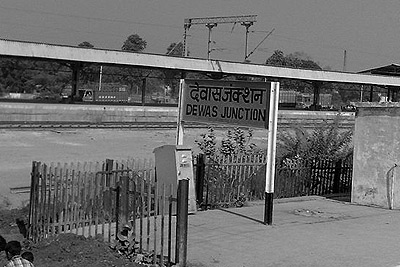 Dewas is a city on the Malwa plateau in the west-central part of the Indian state of Madhya Pradesh. It is the 6th most populous city of Madhya Pradesh. It is located about 142 km (88 mi) southwest from Bhopal, 33 km (21 mi) from Indore, and 35 km from holy city Ujjain and is the administrative center of the Dewas District. The city was formerly the seat of two 15-gun-salute princely states during the British Raj, Dewas Junior state and Dewas Senior state, ruled by the royal Maratha 'Puar' (or 'Pawar'). Today, Dewas is an industrialized city and houses a government bank note press.

These PIN Codes are those where we can arrange delivery of Gifts to Dewas .
"HD" represents "Hand Delivery". For these PIN codes, delivery will be done by hand on the date you choose.
"CD" refers to "Courier Delivery". For these PIN codes, the gifts will be shipped through our shipping partners & will be delivered during the range of dates selected by you.