Why use us to send Gifts to Datia

No. of gifts delivered in Datia - 3
Delivery Options for Datia 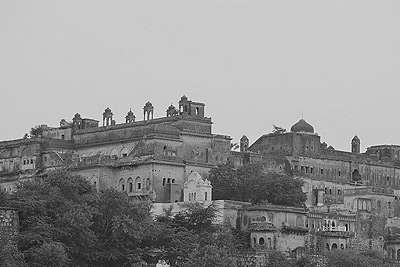 Datia is the district headquarters of the Datia District in north central Madhya Pradesh, a state of Central India. It is an ancient town, mentioned in the Mahabharata ruled by King 'Dantavakra'. The town is 69 km from Gwalior, 325 km south of New Delhi and 320 km north of Bhopal. About 15 km from Datia is Sonagiri, a sacred Jain hill. Datia is also about 34 km from Jhansi, Uttar Pradesh and 52 km from Orchha. The nearest airport is at Gwalior. It was formerly the seat of the eponymous princely state in the British Raj. Datia is situated near Gwalior and on the border with Uttar Pradesh (U.P.).

These PIN Codes are those where we can arrange delivery of Gifts to Datia .
"HD" represents "Hand Delivery". For these PIN codes, delivery will be done by hand on the date you choose.
"CD" refers to "Courier Delivery". For these PIN codes, the gifts will be shipped through our shipping partners & will be delivered during the range of dates selected by you.