Why use us to send Gifts to Danapur

No. of gifts delivered in Danapur - 2
Delivery Options for Danapur 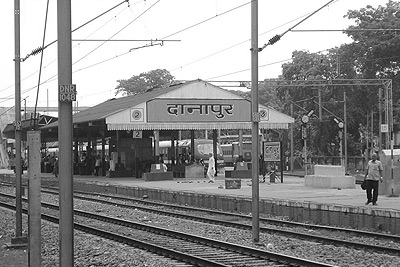 Danapur (also known as Dinapur Nizamat or Dinapur) is a satellite town of Patna in Bihar state of India. The population was 182,241 at the 2011 India Census. It is part of the Patna Metropolitan Region. It was constituted as a municipality in 1887. Danapur is also a shelter and hatchery for the migrating Siberian cranes, locally called Janhgil. They visit every year during the monsoon season for breeding and leave this place before the start of the winter season. The Sub-Area Headquarters of Bihar and Jharkhand is situated in the army cantonment here.