Why use us to send Gifts to Dahod

No. of gifts delivered in Dahod - 43
Delivery Options for Dahod 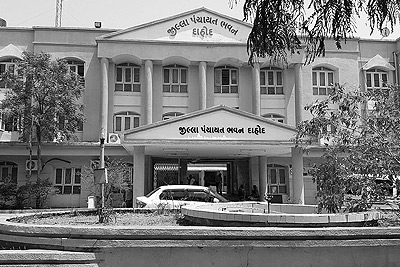 Dahod is a small city on the banks of the Dudhimati River in Dahod District in the State of Gujarat, India. It is said that it has taken its name from Saint Dadhichi, who had an Ashram on the bank of Dudhumati river. The city serves as District Headquarters for Dahod District. It is 214 kilometres (133 mi) from Ahmedabad and 159 kilometres (99 mi) from Vadodara. It is also known as Dohad (meaning "two boundaries", as the borders of the states of Rajasthan and Madhya Pradesh are nearby).
Source : Wikipedia

These PIN Codes are those where we can arrange delivery of Gifts to Dahod .
"HD" represents "Hand Delivery". For these PIN codes, delivery will be done by hand on the date you choose.
"CD" refers to "Courier Delivery". For these PIN codes, the gifts will be shipped through our shipping partners & will be delivered during the range of dates selected by you.