Why use us to send Gifts to Chittorgarh

No. of gifts delivered in Chittorgarh - 13
Delivery Options for Chittorgarh 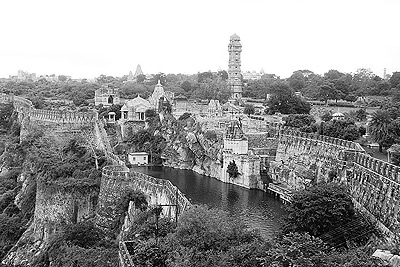 Chittorgarh(also Chittor or Chittaurgarh) is a major city and a municipality in Rajasthan state of western India. It lies on the Berach River, a tributary of the Banas, and is the administrative headquarters of Chittorgarh District and a former capital of the Sisodia Rajput Dynasty of Mewar. The city of Chittaurgarh is located on the banks of river Gambhiri and Berach. Chittorgarh-Nimbahera is area is also famous for its cement factories . There are many cement plants. Chittorgarh is also famous for Marbles and Granites. Chittorgarh is home to the Chittor Fort, the largest fort in India and Asia. It was the site of three major sieges (1303, 1535, and 1567–1568) by Muslim invaders, and its Hindu rulers fought fiercely to maintain their independence. On more than one occasion, when faced with a certain defeat, the men fought to death while the women committed suicide by jauhar (mass self-immolation).