Why use us to send Gifts to Chinsurah

No. of gifts delivered in Chinsurah - 2
Delivery Options for Chinsurah 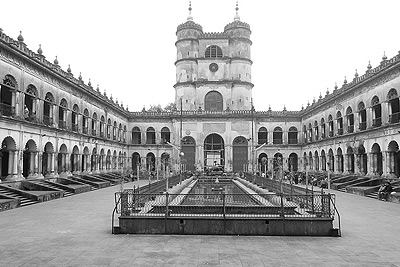 Chinsurah (also known as Hooghly-Chinsura or Hooghly) is a city in the state of West Bengal, India. It lies on the Hooghly River, 35 kilometres (22 mi) north of Kolkata (Calcutta). It is in the district of Hooghly and is home to the district headquarters. Chuchura houses the commissioner of the Burdwan Range. It forms a part of the Kolkata Metropolitan Development Authority (KMDA) region. The District Court building of Chinsurah is the longest building in West Bengal. Chinsurah is the home to the new state-of-the-art 1000 KW DrM transmitter of Prasar Bharti which enables 'Akashvaani Maitree' to be broadcast across Bangladesh. This Special Bangla Service of All India Radio was launched in the wake of the Bangladesh Liberation Movement and played a key role during the war, broadcasting Indian news bulletins in Bangladesh. It continued till April 2010, but was discontinued thereafter due to decommissioning of the Super Power Transmitter at Chinsurah. It is the headquarters of Hooghly districts Sports Association (HDSA).The famous district Sadar Hospital Imambara Sadar Hospital is situated here. Chinsurah is also the home of the oldest Armenian church in India and old Hindu Temples.
Source :Wikipedia