Why use us to send Gifts to Charkhi Dadri 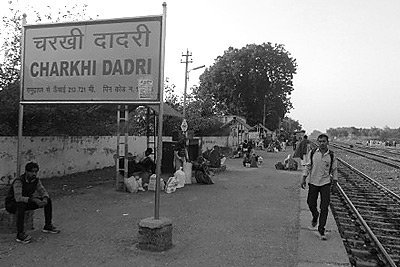 Charkhi Dadri is a city and headquarters of Charkhi Dadri district in the state of Haryana, India, about 90 km from Delhi. The town was made by joining the villages of Charkhi and Dadri after urban development. Charkhi Dadri, located in southern Haryana 110 kilometres (68 mi) from the national capital of New Delhi, is on NH 148B between Narnaul to Bathinda and NH 348B between Meerut to Pilani segment passing through the city.

"Dadri" is derived from a lake called Dadar which was full of dadur (Sanskrit: frog) from which it took its current name. To distinguish Dadri from other similarly named places in the area, sometimes Dadri's name was appended to the nearby village of Charkhi. After India became independent, in recognition of contribution of people of Charki village during the first war of independence in 1857 against the Britih colonial rule and Praja Mandala movement against the oppressive rule of the Jind State, the government officially named the town as Charkhi-Dadri.