Why use us to send Gifts to Berhampore

No. of gifts delivered in Berhampore - 2
Delivery Options for Berhampore 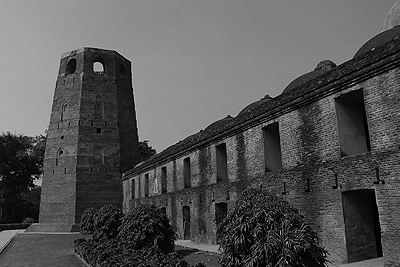 Berhampore (pronounced [b?:(h)?r?m?p??]) is a city in the state of West Bengal, India,in Murshidabad district situated in the central part of the state. As of the 2011 census, it had a population of 305,609 and was the seventh largest city in West Bengal (after Kolkata, Asansol, Siliguri, Durgapur, Barddhaman and Malda ). In 2011, Berhampore was nominated to become a municipal corporation. It used to be known as Brahmapur because many of the Brahmin families settled here. Berhampore is the administrative headquarters of the Murshidabad district. It is located about 200 km (124 mi) from Kolkata, the state capital.
Source :Wikipedia

If you want to send gifts to your loved ones in Berhampore on the same day of ordering, it is now possible with our online gifting portal GiftstoIndia24x7.com, which provides you same day delivery service to the city of Berhampore also. The gifts will get delivered on the day itself of you placing the order as our gifting portal wants to make the occasion a memorable experience for you and your loved ones. Send cakes, flowers, chocolates, fruits and many more gifts from our website and all these gifts will be delivered fresh to your dear ones.

Can flowers be delivered the same day in Berhampore?

If you are looking for the freshest of flowers to gift on their special day, Giftstoindia24x7.
com has the best of bouquets to offer. With the wonderful arrangement of bouquets and bunches, now surprising your family and friends in Berhampore is better than before. With the selected bunch or bouquet, you not only make your close ones smile but also pass a warm message, which they would treasure forever. At Giftstoindia24x7.com your present would reach your close ones in just 24 hours of placing the order, with the same day delivery option.

Send lovely and delightful cakes from GiftstoIndia24x7.com, a premium website for all your gifting needs. Through us, you can send cakes to Berhampore and surprise your dear ones with our collection of lip-smacking cakes. We provide you with a wide choice of exciting flavors like pineapple, mango, strawberry, vanilla and much more. Without any further delay place your order and we shall get it delivered in just 24 hours of placing the order.