Why use us to send Gifts to Bekal

No. of gifts delivered in Bekal - 3
Delivery Options for Bekal 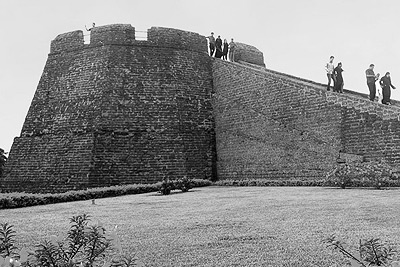 Bekal is a small town in the Kasaragod district on the West coast of the state of Kerala, India.

There are several attractions in the area: the giant keyhole shaped Bekal Fort, the golden expanse of a beautiful beach surrounding the fort, backwaters and hill destinations and the water sport facilities nearby. Kasaragod is a beautiful town poised at the Northern extreme of Kerala 16 km south of the town on the National Highway, is the largest and best preserved fort in the whole of Kerala, bordered by a splendid beach. Shaped like a giant keyhole, the historic Bekal Fort offers a superb view of the Arabian Sea from its tall observation towers, which had huge cannons a couple centuries ago. The state of Kerala is reviewing a plan to start seaplane services connecting Bekal with Kollam Ashtamudi, Kumarakom, Punnamada and famous Paravur backwaters. Bekal in Northern Kerala came into one of the top ten travel destinations selected by Lonely Planet.

These PIN Codes are those where we can arrange delivery of Gifts to Bekal .
"HD" represents "Hand Delivery". For these PIN codes, delivery will be done by hand on the date you choose.
"CD" refers to "Courier Delivery". For these PIN codes, the gifts will be shipped through our shipping partners & will be delivered during the range of dates selected by you.