Why use us to send Gifts to Ballia

No. of gifts delivered in Ballia - 2
Delivery Options for Ballia 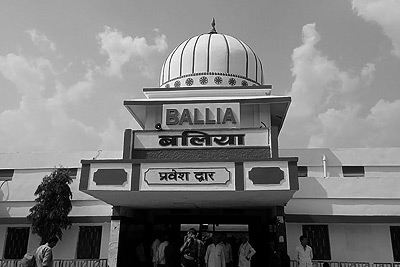 Ballia is a city with a municipal board in the Indian state of Uttar Pradesh bordering Bihar.

Due to its significant contribution to the Indian independence movement, Ballia is also known as Bagi Ballia ("Rebel Ballia"), because Ballia got freedom twice, first on 19 August 1942 for one day, and the second time with India. It has a bird century protected area, the Jai Prakash Narayan bird sanctuary. The other name of this is Suraha Taal which is natural lake. Primarily foreign and local migratory birds flock to the Jai Prakash Narayan Bird Sanctuary during the winter months. According to estimation approximately 10,000 birds of 15 species can be sighted in ‘Surha Taal’ the year round. They are the local residents of the sanctuary. During winters, with the arrival of the foreign and local migratory birds, it is estimated that this figure swells up to 200,000.