Why use us to send Gifts to Badami

No. of gifts delivered in Badami - 1
Delivery Options for Badami 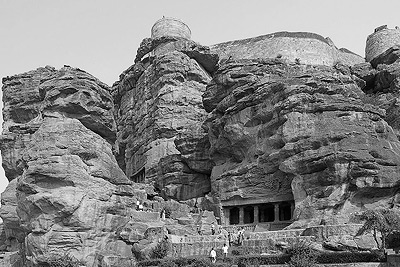 Badami, formerly known as Vatapi, is a town and headquarters of a taluk by the same name, in the Bagalkot district of Karnataka, India. It was the regal capital of the Badami Chalukyas from AD 540 to 757. It is famous for its rock cut structural temples. It is located in a ravine at the foot of a rugged, red sandstone outcrop that surrounds Agastya lake. Badami has been selected as one of the heritage cities for HRIDAY - Heritage City Development and Augmentation Yojana scheme of Government of India.
Source :Wikipedia