Why use us to send Gifts to Akhnoor 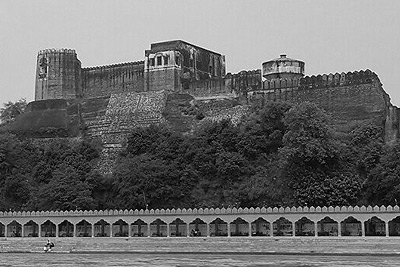 Akhnoor is an archeological site and Municipal Committee in Jammu district in the state of Jammu & Kashmir, India. It is located at a distance of 28 km from Jammu, in the foothills of the Himalayas. The town is located on the banks of the Chenab River. The Akhnoor is divided into three Administrative Sub-Divisions - Akhnoor, Chowki Choura & Khour; Seven Tehsils - Akhnoor Khaas, Chowki Choura, Maira Mandrian, Jourian, Kharah Balli, Khour & Pargwal. Akhnoor is also divided into three Education Zones of Akhnoor, Khour & Chowki Choura.
The town is believed to have been named Akhnoor by Mughal Emperor Jahangir who once visited the area and the fort on the advice of a saint when his eyes got infected while returning from Kashmir. Amazingly, Jahangir’s eyes were fully cured by the fresh air of the town blowing over the Chenab. He called the town Aankho-ka-Noor (light of the eyes) and since then the place came to be known Akhnoor.
Source :Wikipedia