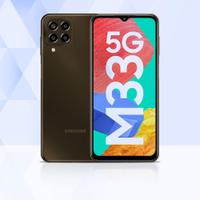 Electronics and Watches for Your Brother as Rakhi Gifts

This Rakhi, delight your brother with a precious item i.e. time, in the form of a chronograph that encompasses time into one little timepiece. Along with a nice, beautiful online Rakhi to India, send him a wristwatch that is an embodiment of priceless memories that you have gained and valuable time that you have spent growing up with each other. Watches are a reminder of the time invested in each other’s company, doing all kinds of stuff- both mischievous as well as decent. Incidentally, these “stuffs” create lovely memories for the siblings to fall back to. Online gifting portals like GiftstoIndia24x7.

Rakhi gifts for your brother in India from UK

India is a country rich in culture and heritage. Though there are people belonging to different caste and creed, they inherit some traditions that are carried down through the ages. This includes celebration of festivals too. Though people from different religions follow different rituals but the essence is the same. Such a festival is Rakhi. Like in Kerala it is known as Avani Avittam and Kajari Purnima in Bihar, Jharkhand and parts of Uttar Pradesh. But the core idea of the festival is the same, that is to honor the strong bond of love and affection between brothers and sisters. On the auspicious day of Shravan purnima, peopl

We Indians are lovers of festivities. Here in India, Festivals or occasions are celebrated all throughout the year. As India is a multicultural country therefore different occasions of various religions are celebrated here. Sometimes the festivals overlap but we do not hesitate to make all the festivals grand. Like some years back Durga Puja and Eid fell on the same day but both the festivals were celebrated with the same zeal in India. Even we mix with people of other cultures and religion and celebrate with them during their festival. Hindus invite Muslims during their festivals and vice versa. So we are known to be a cultura

Special gifts for your sister on Rakhi

Rakhi is a grand festival of India which is celebrated on the Hindu month of Shravana. It is celebrated with great zest and fervour. Like many occasions that celebrate the bond between different relations, likewise rakhi is a festival that upholds the affection between a brother and his sister. On this event, sisters tie a sacred thread known as rakhi on the brother’s wrist. Thus it is a festival that gives siblings an opportunity to assemble together and spend the day with other members of the family. But for those who do not stay in the same country, it is not possible to celebrate rakhi with their siblings and family.

‘Raksha Bandhan’ is a popular Indian festival which signifies the bond of love and protection between brothers and sisters. This festival is all about love, care, affection and most importantly the sacred feeling and bonding of siblings. The festival of Raksha Bandhan is celebrated with a sister tying a thread around her brother’s wrist and giving gifts to add sweetness to their bond. In return, the brother promises to protect and honor his sister lifelong. If you are not home this festive season, you can still send online rakhi to India, through GiftstoIndia24x7, the premiere online gifting portal. To send yo