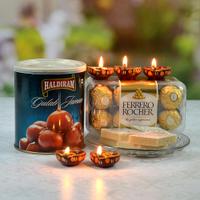 India is the ‘land of festivals’. Here, all festivals has its own significance behind the celebration. And Diwali, 'the festival of lights' is a national festival celebrated with lots of zeal and enthusiasm. Whole India participates candidly in this Festival though the way of celebrating Diwali differs state-wise according to the culture and traditions of that particular state. People of all age groups participate in this festival with gaiety and fervor. This special festival is made even more auspicious with the exchange of gifts. Online gifts portal, GiftstoIndia24x7.com is a site that is dedicated to send gifts t