Why use us to send Gifts to Tezpur

No. of gifts delivered in Tezpur - 29
Delivery Options for Tezpur 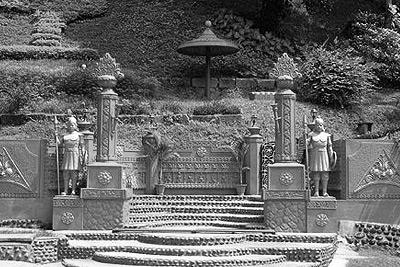 Tezpur is a city and urban agglomeration in Sonitpur district, Assam state, India. Tezpur is on the banks of the river Brahmaputra, 175 kilometres (109 mi) northeast of Guwahati, and is the largest of the north bank towns. The name Tezpur literally means the "city of blood". Legend has it that the original name of this place was 'Xonitpur' ('Xonit' means blood). When the battle between Krishna's army and Lord Shiva, his disciple Banasura's army fought for the rescue of Aniruddha (who was the grandson of Lord Krishna, according to legend) there was so much bloodshed that the place was stained red. This led to the name of the place becoming Tezpur. The Shiva temples in and around Tezpur shows the love and devotions of King Baanasur for Lord Shiva.
Source : Wikipedia

These PIN Codes are those where we can arrange delivery in Tezpur .
"HD" represents "Hand Delivery". For these PIN codes, delivery will be done by hand on the date you choose.
"CD" refers to "Courier Delivery". For these PIN codes, the gifts will be shipped through our shipping partners & will be delivered during the range of dates selected by you.