Why use us to send Gifts to Raniganj

No. of gifts delivered in Raniganj - 7
Delivery Options for Raniganj 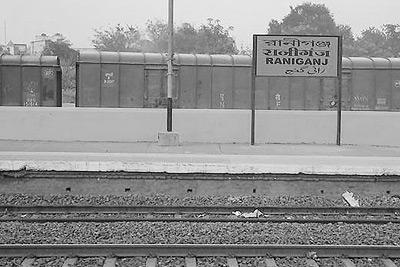 Raniganj is a neighbourhood in Asansol of the Paschim Bardhaman district in the Indian state of West Bengal. It is governed by Asansol Municipal Corporation. Raniganj is located at 23.62°N 87.13°E. It has an average elevation of 91 metres (298 feet). The discovery of coal led to industrialisation of the area and most of the forests have been cleared. Gram panchayats under Raniganj Panchayat Samiti are: Ratibati, Tirat, Egra, Amrasota, Jemari and Ballavpur. Raniganj police station has jurisdiction over parts of the Asansol Municipal Corporation.

These PIN Codes are those where we can arrange delivery in Raniganj .
"HD" represents "Hand Delivery". For these PIN codes, delivery will be done by hand on the date you choose.
"CD" refers to "Courier Delivery". For these PIN codes, the gifts will be shipped through our shipping partners & will be delivered during the range of dates selected by you.