Why use us to send Gifts to Mahe

No. of gifts delivered in Mahe - 7
Delivery Options for Mahe 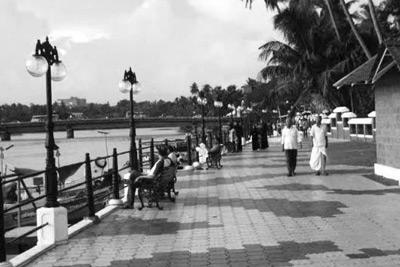 Mahé, natively known as Mayyazhi, is a small town at the mouth of the Mahé River and is surrounded on all sides by the State of Kerala. The Kannur District surrounds Mahé on three sides and Kozhikode District from one side. Formerly part of French India, Mahé now forms a municipality in Mahé district, one of the four districts of the Union Territory of Puducherry. Mahé has one member (MLA) in the Puducherry Legislative Assembly. The name Mahé derives from Mayyazhi, the name given to the local river and region in the Malayalam language. The original spelling found on French documents from the early 1720s is Mayé, with Mahé and Mahié also found on documents, maps and geographical dictionaries until the early 19th century when the spelling Mahé became the norm. Therefore, the belief that the name of the town was given in honour of Bertrand François Mahé de La Bourdonnais (1699–1753), whose later fame derived in good part from his association with India, including his capture of Mayé in 1741, is incorrect.