Why use us to send Gifts to Daman & Diu

No. of gifts delivered in Daman & Diu - 90
Delivery Options for Daman & Diu 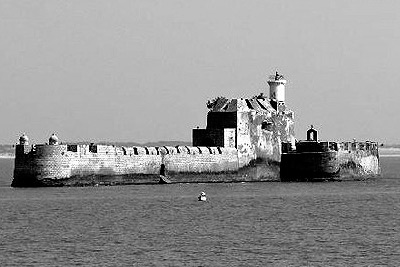 Daman is the capital city of the Indian union territory of Dadra and Nagar Haveli and Daman and Diu. It is a municipal council situated in Daman district of the union territory. According to the 2011 census Daman District, India has a population of 191,173. This gives it a ranking of 592nd in India (out of a total of 640).The district has a population density of 2,655 inhabitants per square kilometre. Its population growth rate over the decade 2001-2011 was 69.256%.Daman has a sex ratio of 533 females for every 1,000 males and a literacy rate of 88.06%.

These PIN Codes are those where we can arrange delivery in Daman & Diu .
"HD" represents "Hand Delivery". For these PIN codes, delivery will be done by hand on the date you choose.
"CD" refers to "Courier Delivery". For these PIN codes, the gifts will be shipped through our shipping partners & will be delivered during the range of dates selected by you.

Same day delivery of gifts to Daman and Diu

GiftstoIndia24x7.com has been serving global Indians by delivering their gifts to their loved ones since 1999 and with a delivery network over 1200 cities you gifts get easily delivered to every city in India and also union territory like Daman and Diu. With our same day delivery service your gifts for your special ones in Daman and Diu will be delivered with one day and put a smile around your loved ones faces. Gifts like cakes, flowers, chocolates, sweets and many more from our range of gifts can be selected and rest be assured that we will deliver it on time.

I want to send gifts same day to Daman & Diu. Is it possible ?

The greenery and pristine blue of Daman and Diu harks every wandering soul back to it over and over again.
But for those who had to leave this beauty and settle elsewhere, the pain is a notch higher. Giftstoindia24x7.com lets you send gift to your loved ones in Daman and Diu sitting anywhere around the world. It also has the facility of Same Day Delivery that enables sending a gift within 24 hours of ordering. So no more worries about not being able to send gifts to your loved ones last minute.

Can flowers be delivered same day in Daman and Diu?

Who does not like to receive flowers? Flowers make the perfect gift for every occasion. Be it a Birthday, Wedding or Anniversary. The sweet aroma and natural splendor of flowers are enough to brighten the day. With Giftstoindia24x7.com, surprise your friends and family in Daman and Diu with a gorgeous bouquet, from the siteâ??s inventory. The same day delivery would help you send your present to your loved ones within just 24 hour of placing the order.