Anniversaries are the special occasions in everyone's life. A day that celebrates happiness of belonging and togetherness. On such a happy occasion, gifts are the best avenues to convey the heartfelt wishes. Presenting a varying collection of Anniversary Gifts to send to India. From Perfumes to Watches, Flowers to Cakes, Gift Cards to Gift Hampers, there are every kind of gifts which will please the recipient. Send gifts on your dear ones Anniversary and convey your love and wishes for them. 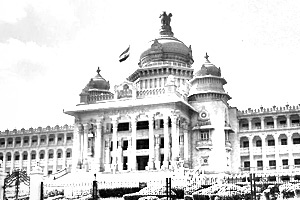 Bengaluru, also known as Bangalore, is one of the largest cities and is the fourth-largest metropolitan area in India. Located in southern India on the Deccan Plateau, it is the capital of the southern Indian state of Karnataka. Located at a height of over 900 m (3,000 ft) above sea level, Bengaluru is known for its pleasant climate throughout the year. Its elevation is the highest among the major large cities of India. The city is a very populated one and it is also known as the Silicon Valley of India by everyone. This is due to the fact that Bangalore deals largely with information technology or IT and transports it to the rest of the world. Human settlements have been discovered from the outskirts of this city that can be dated back to the Stone Age. Bangalore is also known as the Garden City of India due to the large expanse of greenery found here.