Why use us to send Gifts to Shamshabad

No. of gifts delivered in Shamshabad - 24
Delivery Options for Shamshabad 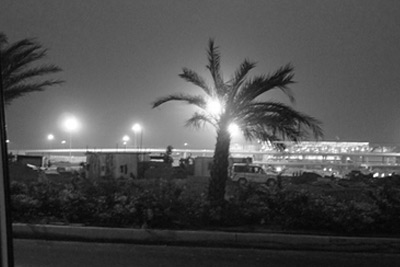 Shamshabad is a village in and also Head quarters of Ranga Reddy district of the Indian state of Telangana. It is located in Shamshabad mandal of Rajendranagar revenue division.

In former times the area was known as Sedanti village, which was later renamed Shamsabad in reference to Shams-ul-Umra, the title bestowed upon "Abul Fateh Khan", Tegh Jung, Shams-ud-Daula, Shams-ul-Mulk and Shams-ul-Umrah ("The Sun among the Nobles"), who founded the Paigah nobility during the reign of Nizam II, Mir Nizam Ali Khan (1762-1803). There was a time when the whole of the Shamsabad area were under the direct control of Paigah, including where the new airport has been built, the entire Shamsabad village was granted to Nawab Shams-ul-Umara Bahadur as a reward. Nawab Moin-ud-Daula Bahadur, a leading Paigah noble, built a country home on a hillock and race course in Shamsabad for his own. As happened with other locality names, Shamsabad too got corrupted and over the years came to be called Shamshabad.