Why use us to send Gifts to Ooty

No. of gifts delivered in Ooty - 58
Delivery Options for Ooty 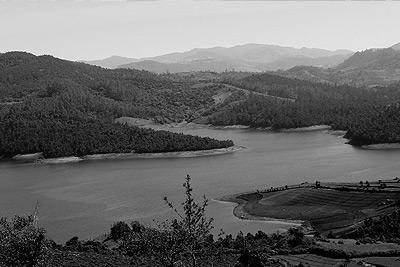 Udagamandalam (also known as Ootacamund, and abbreviated as Udhagai or Ooty) is a town and a municipality in the Indian State of Tamil Nadu. It is located 86 km north of Coimbatore and 128 km south of Mysore and is the capital of the Nilgiris district. It is a popular hill station located in the Nilgiri Hills.

Originally occupied by the Toda people, the area came under the rule of the East India Company at the end of the 18th century. The economy is based on tourism and agriculture, along with the manufacture of medicines and photographic film. The town is connected by the Nilgiri ghat roads and Nilgiri Mountain Railway. Its natural environment attracts tourists and it is a popular summer destination.

I want to send gifts same day to Ooty. Is it possible ?

Missing your loved ones in Ooty. Send them a token of your love with Giftstoindia24x7.com and bring a smile to their face. This site lets you purchase the choicest of gifting items and gets them delivered to your near and dear ones’ doorstep within 24 hours of placing the order. This service is called same day delivery and it helps you send last minute gifts to your friends and family.

Can flowers be delivered same day in Ooty?

Missing a special day of your loved ones in Ooty? GiftstoIndia24x7.com brings you the opportunity to send the most beautiful bouquets within 24 hours of placing the order with its same day delivery service. The site has a well stocked and beautiful floral inventory that you can access from anywhere in the world and make your friends and family special on any and every occasion.

Considered as one of the most beautiful city- Ooty send for your family and friends who stay there in Ooty you can send them amazing gifts on their birthdays, anniversaries and other special occasions with our same day delivery service which delivers your gifts within the same day. The gifts that we offer will make your loved ones very happy, the gifts you can send are -