Why use us to send Gifts to Leh 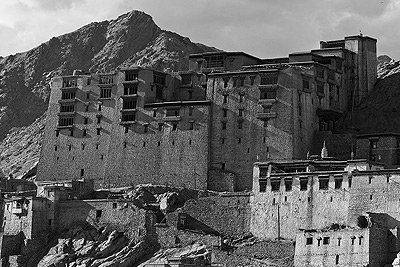 Leh is in the Indus river valley, at a crossroads of the old trading routes from Xinjiang, Tibet and Kashmir. There is a pass that links it directly to Khotan. The city's importance as a trading town slowed down with the partition of British India, and ended with the closure of the border in 1962 during the Sino-Indian war. Since opening to tourists in 1974, it has become a bustling tourist town, with large numbers of Kashmiri traders. Since 2000, Indian tourists have been visiting Ladakh, with a dramatic increase in 2010 after the film Three Idiots.
It's a small town, so it's easy to get most places by foot. The old town is a compact area of mud brick houses and narrow lanes directly to the east of Main Bazaar. Changspa is the agricultural "suburb" northwest of the center, with many guesthouses.
Source :WikiVoyage

These PIN Codes are those where we can arrange delivery of Gifts to Leh .
"HD" represents "Hand Delivery". For these PIN codes, delivery will be done by hand on the date you choose.
"CD" refers to "Courier Delivery". For these PIN codes, the gifts will be shipped through our shipping partners & will be delivered during the range of dates selected by you.