On this joyous festival of Ugadi and Gudi Pawda, give your dear ones in India a pleasant surprise by sending them gifts to India. Since this festival marks the beginning

of a New Year, your loved ones will be thrilled to receive gifts from you. People all over India celebrate this day with different names but the true essence of this celebration remains the same. But exchanging gifts is a significant part of this glorious festival. Thus, the articles assigned in this chapter discuss about Ugadi and Gudi Pawda along with the various types of gifts which you can send to your dear ones in India on this festival. Read More...

Indian festivals come in all sizes. One thing that remains consistent in all these festivals is sweets. Everyone loves these palatable delicacies which lighten up Indian festivals. People consider the practice of exchanging sweets to be auspicious. Thus, they welcome it with delight. A good sweet dish or hamper lightens up the mood and makes for an appreciable gift. The festival of Gudi Padwa or Marathi New Year is no stranger to this tradition. It is one of the most important festivals in the region. Sweets play an important role in Ugadi. The people of Maharashtra prepare an array of sweet dishes. These are traditional sweets

Each region in India has its special way of celebrating its distinctive festivals. Ugadi is the new year celebration festival which the people of Andhra Pradesh and Telangana observe with a lot of reverence. This annual festival is a time to be together with family and loved ones. The main aspect of Ugadi is to welcome the new year with hope and optimism. The advent of a new year With the onset of spring, the air of a new year coming in starts to blow. People start coming back to their homes, their roots a week or two from the day of Ugadi. People hold the values of celebrating the festival with one’s family in the high

The annual Hindu festival of Gudi Padwa marks the advent of the Maharashtrian New Year. The celebration takes place in the Hindu lunisolar month of Chaitra (March-April). The celebration of Gudi Padwa coincides with the spring season or the season of harvest. This auspicious day also marks the onset of spring and the harvest of rabi crops. Origin of the word “Gudi Padwa”: The term Gudi Padwa in Marathi is a combination of a tradition and a Sanskrit term. The use of a traditional Gudi flag marks the celebration of the festivities. It is a bright colourful silk scarf-like cloth tied at the top of a long bamboo pole.

Andhra Pradesh and Telangana have their own way of welcoming the new year. The celebration of the advent of a new year starts with much grandeur and preparation. The people mark this occasion in the form of the much-revered festival - Ugadi. The name Ugadi traces its origin from the Sanskrit words yuga (age) and adi (beginning) or, "the beginning of a new age". The people of Karnataka celebrate this festival as Yugadi. Being one of the major festivals of the region, observation of a lot of customs is upheld. Ugadi celebration starts on the first day of Chaitra of the Hindu lunisolar calendar. This falls around the m

Ugadi is a popular festival that is observed by the People of Karnataka, Andhra Pradesh and Telangana. This festival celebrates the arrival of Spring. It also welcomes the new year as per the indigenous calendar of this region on this day. Among the different traditions that are followed on this auspicious day, one custom is a blanket favourite among the people here - food. There are various types of preparations that are made on Ugadi. This celebration is a confluence of cultures from all the 3 states it is celebrated in. In this article, we will take a quick look at some of the different types of sweets that are popularly pr 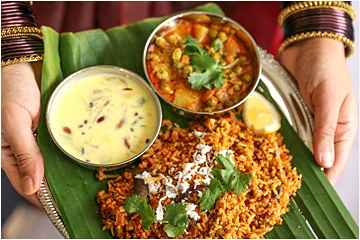 Gudi Padwa marks the beginning of the New Year in the month of Chaitra for the people of Maharashtra. It is celebrated with great enthusiasm and merriment and like any other festival, having mouth watering feasts are an essential part of all the festivities. Other traditional things include send gifts to India to your family, neighbours and all other acquaintances to make this occasion a happier one. You can also send gifts to India sitting in USA or UK or any other country outside India for that matter because this reliable online portal helps you do just that with it''s efficient service. There is a whole variety of Gudi Padw 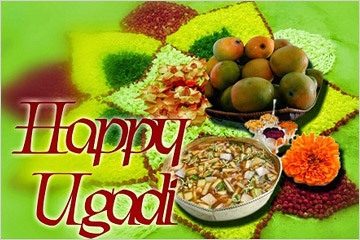 The celebration of Ugadi is very popular in the southern parts of India, especially in Andhra Pradesh and Telangana. Ugadi is the celebration of a new year and hence several gifts to India are exchanged on this day. There are various rituals and traditions associated with this festival that are followed very diligently. It was earlier the main festival celebrated in Andhra Pradesh but with the creation of the new state Telangana it’s sphere has increased. Thus, sending gifts to India on this occasion is a very popular custom that is now followed by people everywhere. We are now going to discuss about the various special r

Ugadi and Gudi Padwa, the Festivals of India

Ugadi and Gudi Padwa marks the beginning of New Year in the states of Karnataka, Maharastra and some parts of Andhra Pradesh. This is one of the most important of all Indian festivals, which is celebrated in a grand way. While in Maharastra, the term used for their New Year is Gudi Padwa, for the people of Karnataka and Andhra Pradesh, it is known by the name Ugadi. On this day, among other things, gifts are exchanged in plenty. If you want to send gifts to India on the festival of Ugadi and Gudi Padwa, you can take the help of GiftstoIndia24x7.com, a leading e-gifting portal. Ugadi and Gudi Padwa is celebrated on the Chaitr